When Unions Work Together Look What Can Be Accomplished 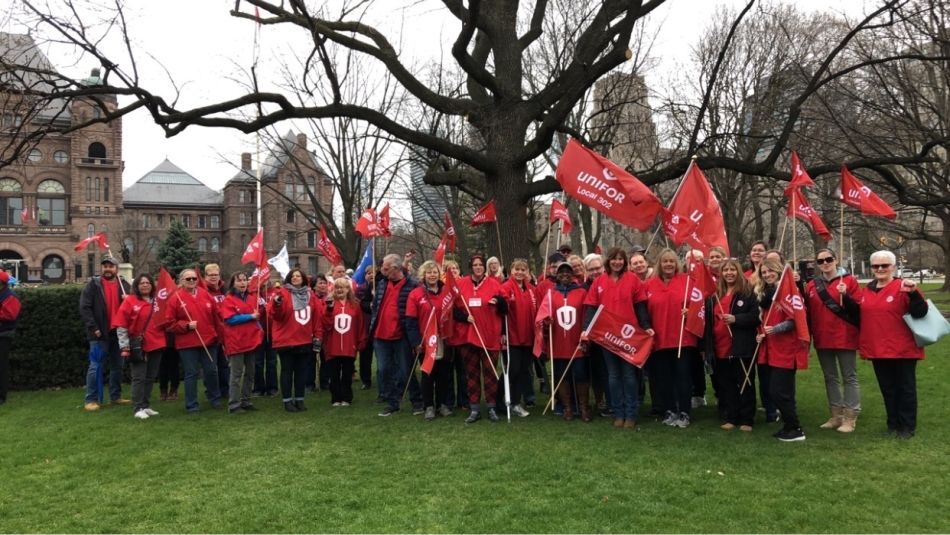 “Today’s decision is a victory for not only public sector workers and unions across Ontario, but also for every Ontarian who relies on our public services,” Lana Payne, Unifor National President. “For the past four years, workers fought back against this wage suppression bill through direct action, lobbying, and sharing personal experiences. When workers organize for justice, we can win.”

The union urges Premier Ford to respect this decision and the Charter and make up for the wrongs of Bill 124, instead of choosing to appeal the decision of the Superior Court of Justice.

“This decisive ruling needs to be a learning lesson for the Ford government. Even majority governments need to respect workers’ rights and listen to people,” said Naureen Rizvi, Unifor Ontario Regional Director. “Public sector workers risked their lives for us during the pandemic and this wage suppression law made their lives harder and drove many from the sector. With this ruling I want to assure workers that we are shifting of focus on seeking remedies from the Ontario government.”

Unifor, alongside 40+ other unions and associations (including the OFL, OSSTF, ETFO, OECTA, ONA, OPSEU, the Society and PWU) filed a Notice of Application on August 28, 2020 with the Ontario Superior Court of Justice. The unions argued that Bill 124 breaches the right to free collective bargaining under the freedom of association guarantee in s. 2(d) and the right to strike under the freedom of expression guarantee in s. 2(b) of the Canadian Charter of Rights and Freedoms. The court held hearings from September 12-21, 2022.

Unifor represents approximately 18,155 members’ working in health care, education and social services sectors across Ontario who are affected by Bill 124.

Manage Cookie Consent
To provide the best experiences, we use technologies like cookies to store and/or access device information. Consenting to these technologies will allow us to process data such as browsing behavior or unique IDs on this site. Not consenting or withdrawing consent, may adversely affect certain features and functions.
Manage options Manage services Manage vendors Read more about these purposes
View preferences
{title} {title} {title}
Skip to content